Blessed home steeped in local history goes up for sale 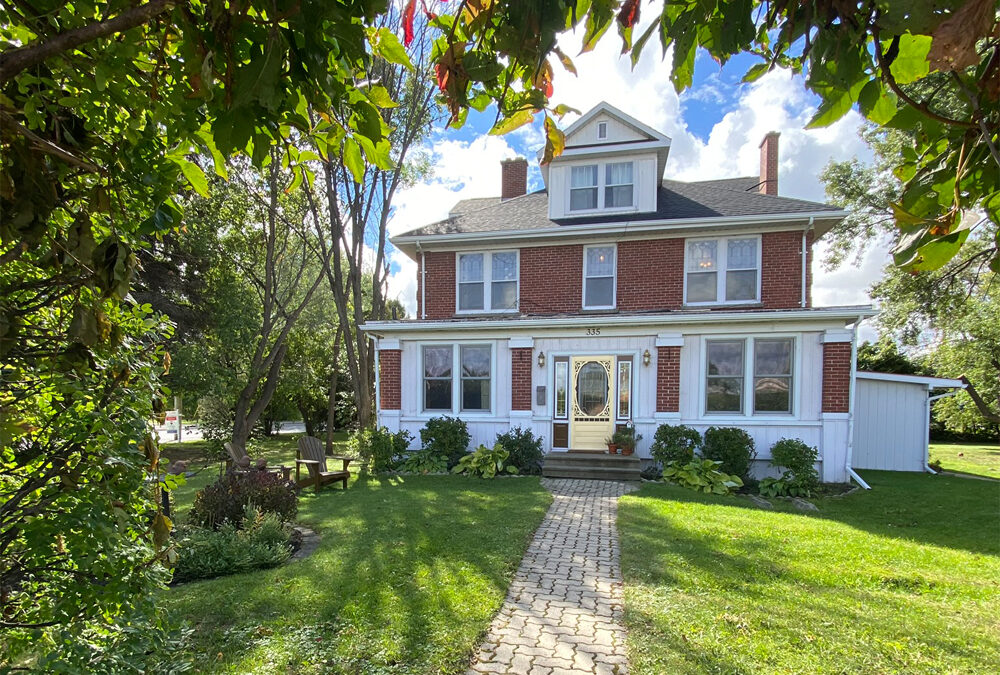 A blessed house, formerly known as the St. Jude’s Convent is up for sale after current owners Gord and Nancy Witherspoon found another retirement home by the lake.

“We love the place,” Gord said. “We hate getting rid of it. The place has warmth. We love all the original woodworks. It has all the original fire places. It was just so solid and peaceful. But I just retired this year and we wanted to find a piece of property on the lake. Now that we bought a little place at Off Lake we are selling the house.”

The house was built in 1914. Gord said the person who built it was listed as “an unmarried liquor dealer.” In 1916, he sold it to the Sisters of the Missions. It was a Convent from then until the Witherspoons purchased it in 1999.

“June 1999 is when we bought the house. We then did some renovations and turned the front of it into a coffee house called St. Jude’s Gourmet Coffee in early August 1999,” Gord said.

From 1999 to 2001 when the St. Jude’s Gourmet Coffee was still operating, Gord said they decorated it with antiques. He said their best customers were high school students.

“Our best customers were all the young kids coming in,” Gord said. “They loved it. At exam time, we’d set up one of the rooms just for them as a study room.”

Gord said when they bought the place initially, they recalled any nuns that were still alive that had lived in the house, and had a special ceremony; anybody who was associated with the convent came in and did a blessing. “All the nuns shared memories of the place. We all walked through the house holding hands and walked to every room in the house with everyone,” he added.

“We love it up at the lake here now and we are just getting used to it,” Gord said. “It is going to be hard. Our boys all grew up there. It was so nice sitting in there with the history. It’s like you were going back in time. We were there for 21 years so it’s definitely a big part of our lives. We will be sad. It will be very sad when we finally have to move everything out and it is no longer our place.”

Gord said although they chose to remove the confessional booth last time they did renovations, most of the original woodwork, including the fireplace, is left untouched.

Gord said a lot of people expressed interest in the house.

“But someone will fall in love with it like we did. I do not predict we’ll have much trouble finding someone loving it as much as we did.”